In this article, we will discuss what resistance is, what resistors are and how to read a resistors colour code. This is the first of several posts that will tackle basic electronics concepts and components. By the end of this post, you will know how to calculate a resistor value, and answer some fundamental questions such as: What is resistance, What are resistors and How do you calculate the tolerance of a resistor.

Resistance is defined as “the opposition offered by a body or substance to the passage through it of a steady electric current” (source: Merriam Webster Dictionary). It is a characteristic of an object to oppose the flow of current going through it.

Resistance is expressed by the unit “Ohms” which was named after Georg Simon Ohm who discovered Ohm’s Law.

Resistors are passive electrical components that have fixed, known resistance. They are used in electronic circuits to introduce resistance in a part of the circuit. The roles of resistors vary depending on the circuit, they can function as dummy loads, a limiter to control the amount of current flowing in a circuit branch, for power dissipation, etc.

Resistors come in different sizes depending on their power rating and material used. The most common appearance of resistors is shown below. 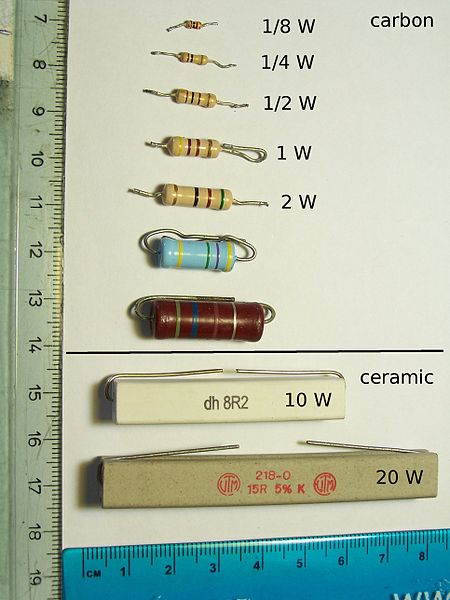 For resistors with big bodies, their values are written on the resistor itself. But for resistors that are small in size, are marked using a colour band system to indicate their resistance. Below is a sample of a resistor with 4-bands. 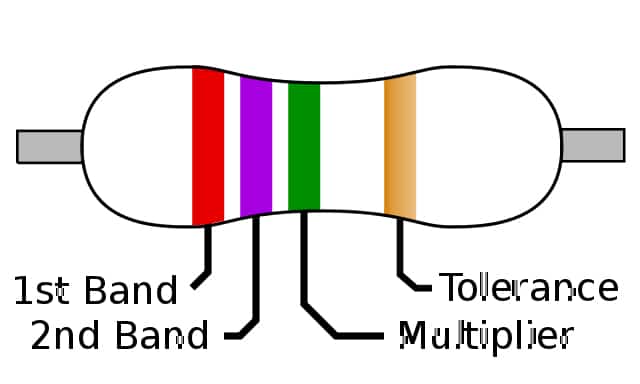 To interpret the colours, we refer to a resistor colour code table as shown below. 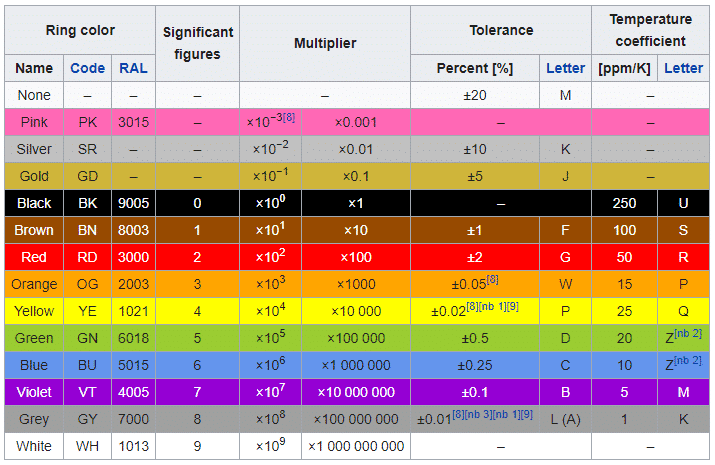 So in our example, the colour bands will be interpreted as:

How do you Calculate the Tolerance of a Resistor?

Though it is mentioned above, calculating the tolerance of a resistor is a common question which we felt should have its own sub-heading.

The tolerance of a resistor is represented by the 4th coloured band, the tolerance is +/- of the value of the resistor. The tolerance band values are:

Resistors are one of the basic building blocks of electronics. In this post, you have learnt about resistance, resistors and how to read resistor colour codes.