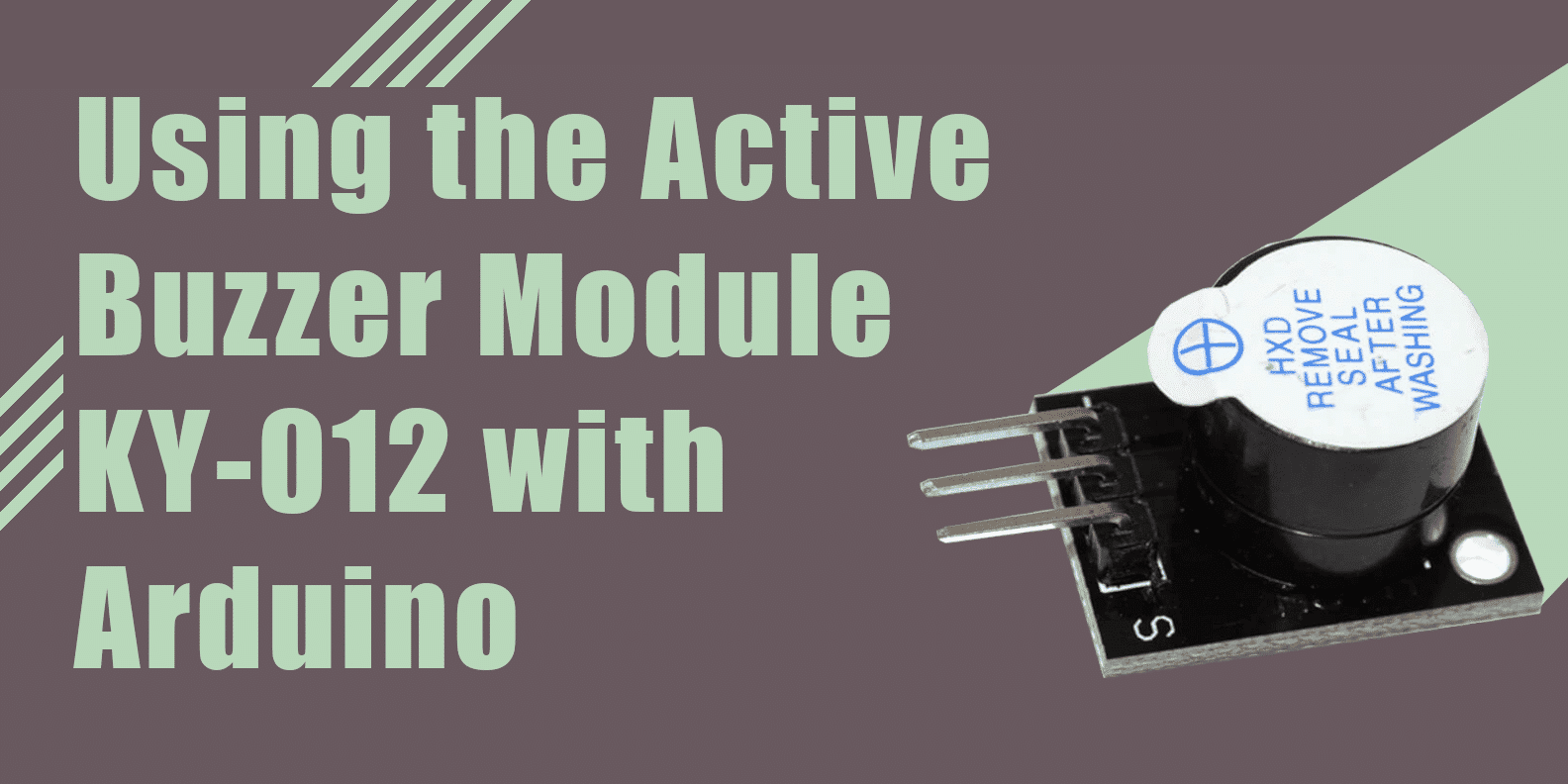 The KY-012 Module will be our main component for this tutorial. This module has an active piezoelectric buzzer mounted on a breakout board. Figure 1 shows the module as seen in fritzing. The seal is only part of the packaging, remove it prior to using the module.

What is an Active Piezoelectric buzzer?

An active piezoelectric buzzer is an electronic component that is composed of a piezoelectric transducer and an oscillator circuit to produce a tone. It only needs an external power supplied to make a sound.

After learning about the KY-012 module and the Active Piezoelectric buzzer, it is now time to build a project using the module. Our project a simple buzzer that start and stops every one second.

Figure 2 shows the connection between the Arduino Uno and the KY-012 Active Buzzer Module.

The KY-012 module pins are connected to the Arduino Uno board as follows:

Below is the Arduino sketch for our project. I have added comments to explain important parts of the code. Save the code as KY-012.ino and upload it to your Arduino board.

Apply power to your Arduino Uno board. The KY-012 will sound for one second, stop for one second and this cycle repeats indefinitely.